Life played out on the pitch

Every Saturday morning on a sand pitch overlooked by towering, bullet-ridden apartments, children can be seen on the weedy side-lines helping each other pull on their boots for practice. Like many of the informal settlements in Lebanon, Al Quobbeh, just outside Tripoli, is home to displaced Palestinian, Syrian and Lebanese families whose lives jostle uneasily with one another. Life here is violent, precarious and destitute; an argument over a parking spot can escalate to murder. But among this uncertainty and poverty, there is dignity and hope.

Said is a 17-year old refugee growing up here. “Said is always trying to influence the community in a positive way,” his mother Fatima says, “He gives me hope for the future.” Since he was a young boy, Said has always loved football and dreamed of becoming a professional football player – but his idol isn’t Ronaldo or Messi or another big name star. Said’s idol is his Right To Play-trained football coach, Bilal.

“Bilal is my inspiration, I’ve learnt so much from him about football and about life.”

The strong bond between Said and Bilal began when Said joined Bilal’s football program six years ago. In an area where coaches are scarce and sessions are costly and only for the rich, Bilal ran one of the few sessions open to any child, regardless of their ethnicity, religion or wealth. Bilal’s sessions were part of Right To Play’s Sports and Humanitarian Assistance (SAHA) program in Lebanon. SAHA brings children from communities like Al Quobbeh together, and teaches them to embrace their differences and cooperate with one another. Bilal quickly became part of Said’s family, and the other boys in the program became like brothers to him.

Said grew up with anger issues brought on by his time in school where he was insulted, bullied, attacked and even robbed. Through the discipline and support of Bilal he has learnt to recognise his anger won’t solve his problems. Said says through the cooperation and collaboration he has learned on the football pitch, he has begun to heal. His transformation has inspired Said to become a coach himself. 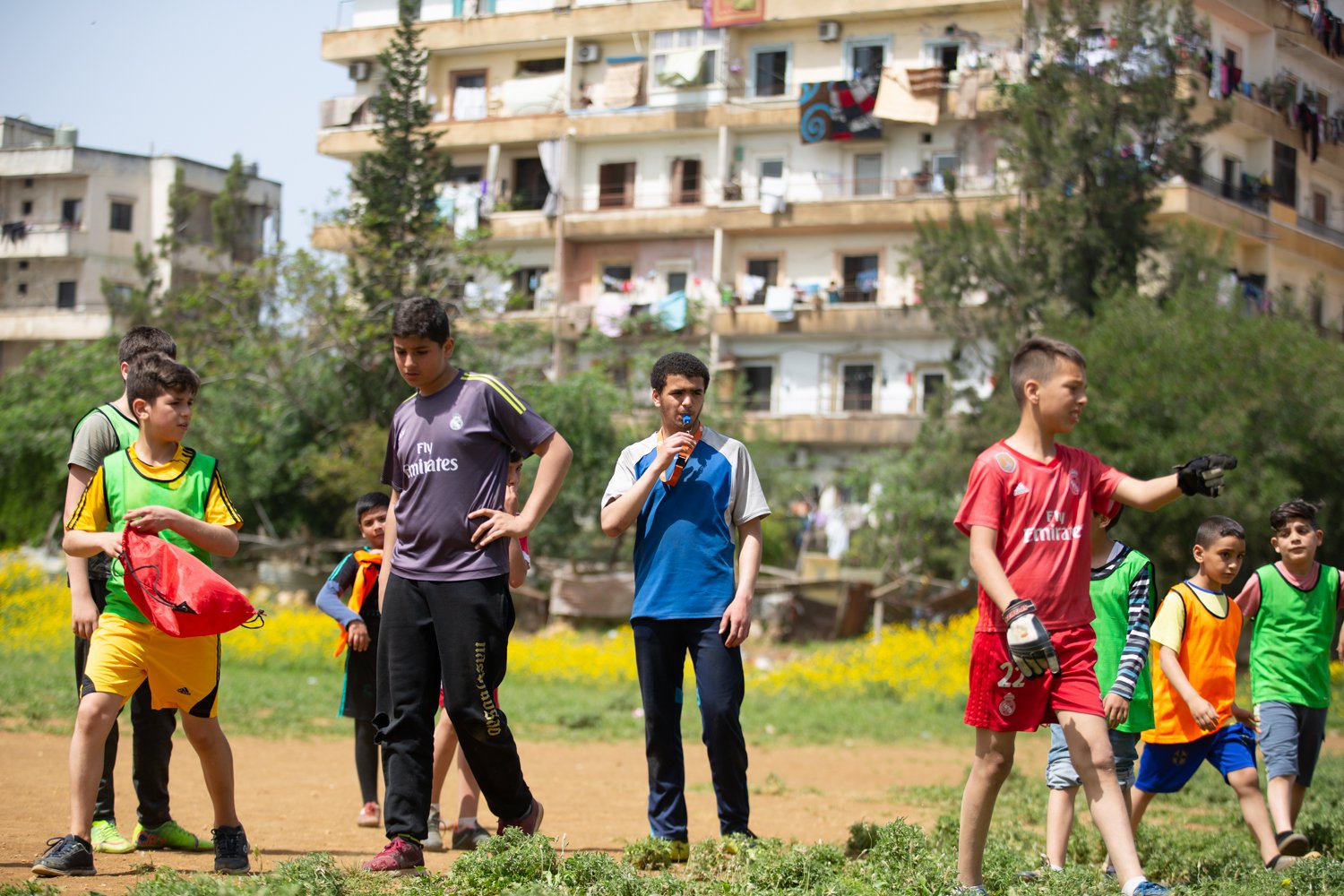 Said has come to understand football as a tool to unite the children in the community and to teach them self-discipline. He feels there are still so many children in need of the kind of program he has benefitted from, and he wants to offer them the same opportunity that he had. Said has started his own coaching group at the public pitch in his neighbourhood, where he now applies the knowledge and techniques he learnt from Bilal. Said began his sessions at the beginning of 2019, with just ten boys. Now, more than thirty show up each week.

“I would like to influence the community here ... My main objective is to help vulnerable and poor children.” - Said

The bond between the boys on the team is striking. As each session begins, Said helps each boy individually while the rest of the boys help each other out. While listening to instructions, they stand together united, often linking arms and leaning on one another. The more skilled boys don’t simply show off, they take the time to share their techniques with the others. Bilal often comes by the pitch to offer Said tips and encouragement, and to see how the team are getting along.

“Kids on the streets are smoking, involved with drugs. We get them out of that situation into a safe and organized space.” - Said

Residents of the neighbourhood have noticed the difference in the team members. They are more disciplined, more respectful, punctual and focused. The pitch has become a safe space for their growing friendships and for celebrating their shared achievements. The team has started collecting garbage in the neighbourhood and they take care of the pitch as best they can. They’ve found an alternative to the drugs that plague the settlement, they stay out of fights with other children and their example has humbled some of the quarrelsome adults. The team has brought peace and hope to the settlement. 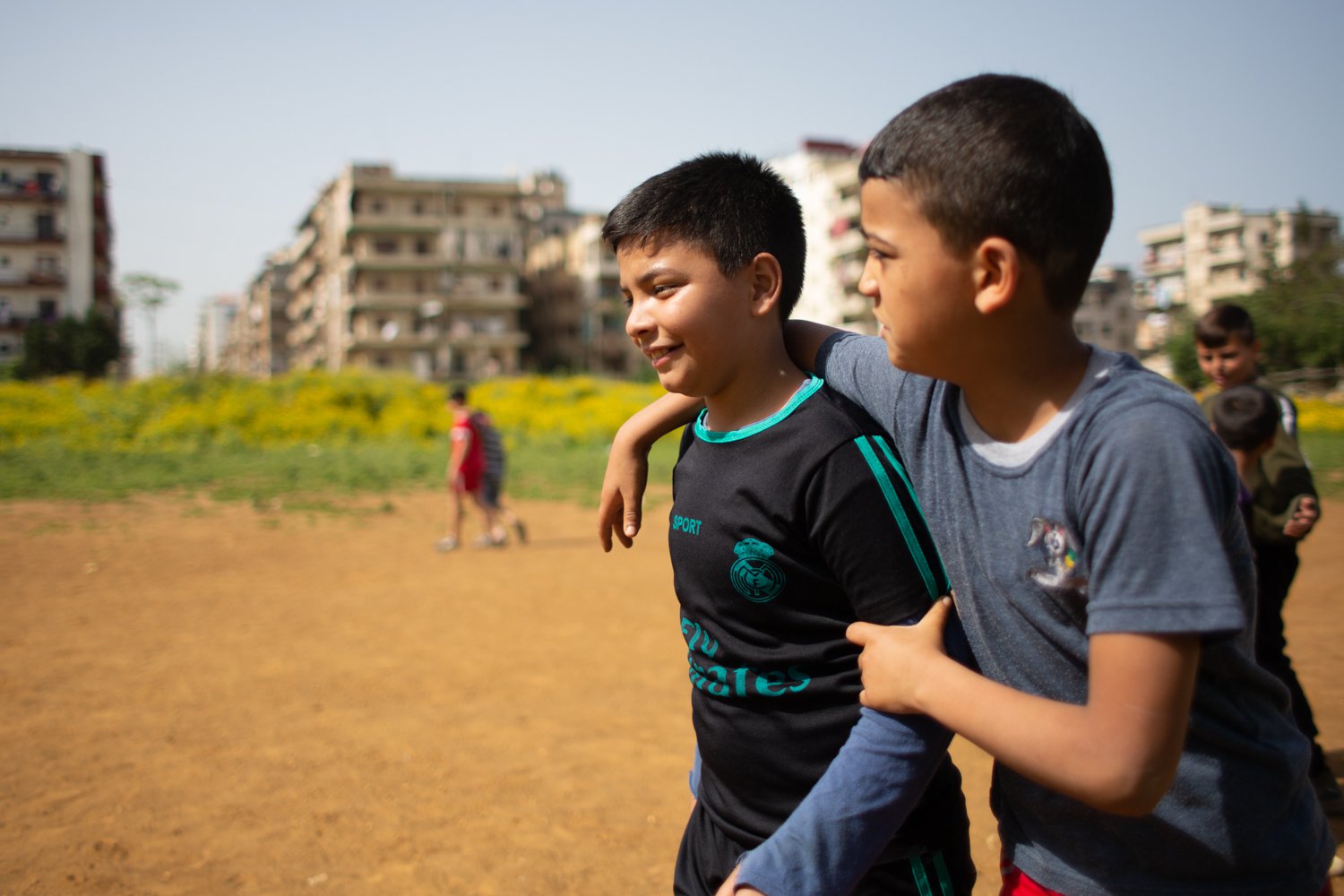 “We need to work with the children because they learn quickly – when the adults see the kids behaving they question their own actions.” - Said

10-year-old Ali and his brothers love to attend Said’s sessions: “I get to see my friends and play the game I enjoy more than anything.” However, a short while ago he had to drop out of the group. “I explained to Said that my father had banned me. I only had one pair of shoes and playing football was ruining them,” he says. Said saved up his own money and bought Ali a pair of football boots that he has worn every session since he re-joined.

Participation each week is free, but the boys contribute any money they can to the sessions. With the donations, Said is gradually increasing the number of balls the club has, and in the last few weeks, has been able to afford some coloured bibs so the boys can feel like they’re playing on real teams when they play matches against one another. Someday, Said would love to rent one of the AstroTurf pitches in Tripoli for the boys to play on so they can experience a real football pitch instead of the sand and weeds of their home pitch.

“There was a bad image of Tripoli because of the war – only conflict and violence. Now we welcome football to learn about cooperation, helping each other and staying out of trouble.” – Said 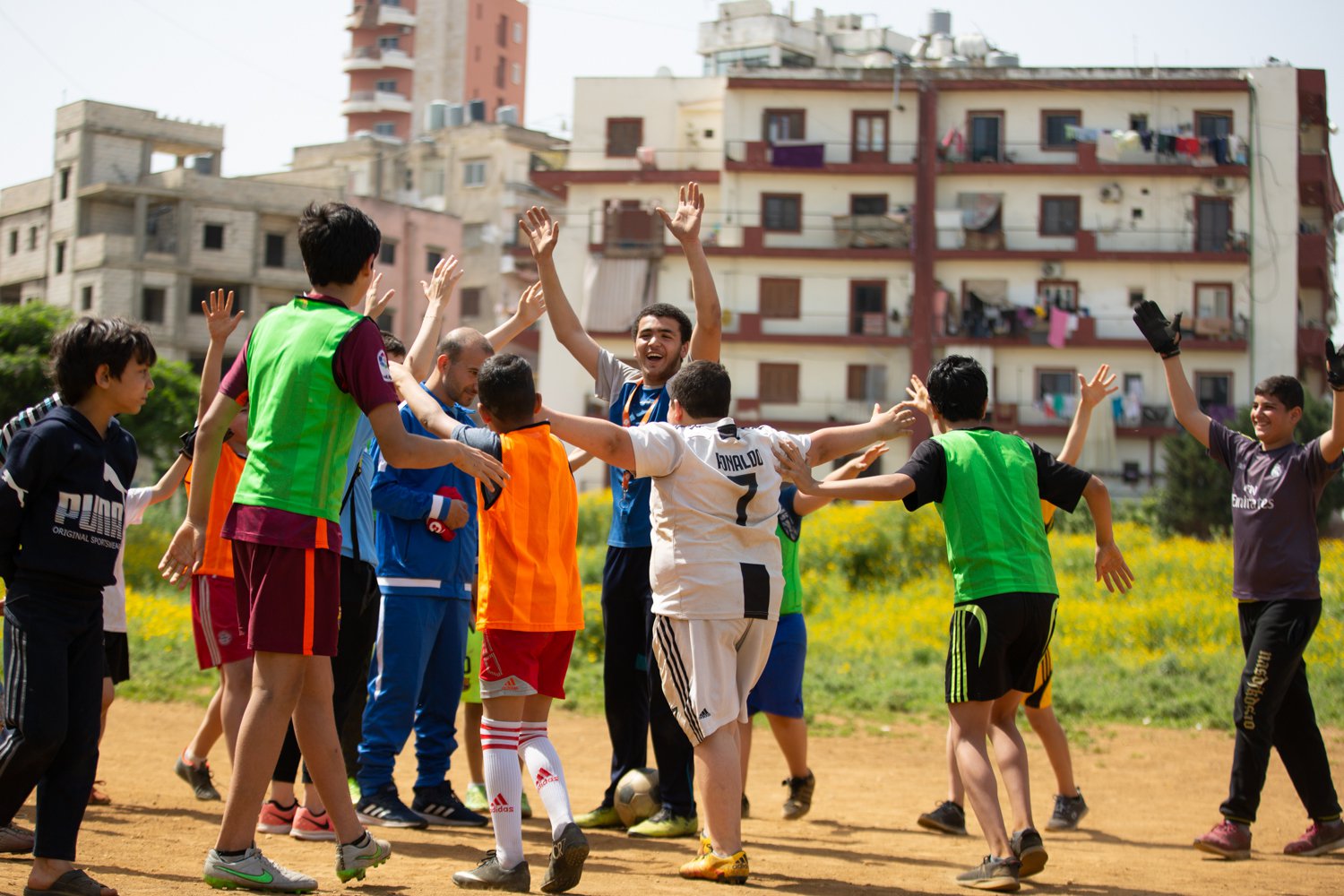 Leaving the pitch at the end of the session, carrying the equipment in trash bags, Said turns and says, “Football is a way of raising kids with good manners. We learn about cooperation, helping each other and including everyone.”

Amidst the violence and poverty of the informal settlement, Said is refusing to give up hope. Not just hope for himself, but for the boys in his care. He believes they can rise above their circumstances. He believes it because he is doing it himself, and helping them as he does. Perhaps one day, one of them will in turn gather a group of children around a sandy pitch and show them how to hope.