Achieving Change Together in Thailand 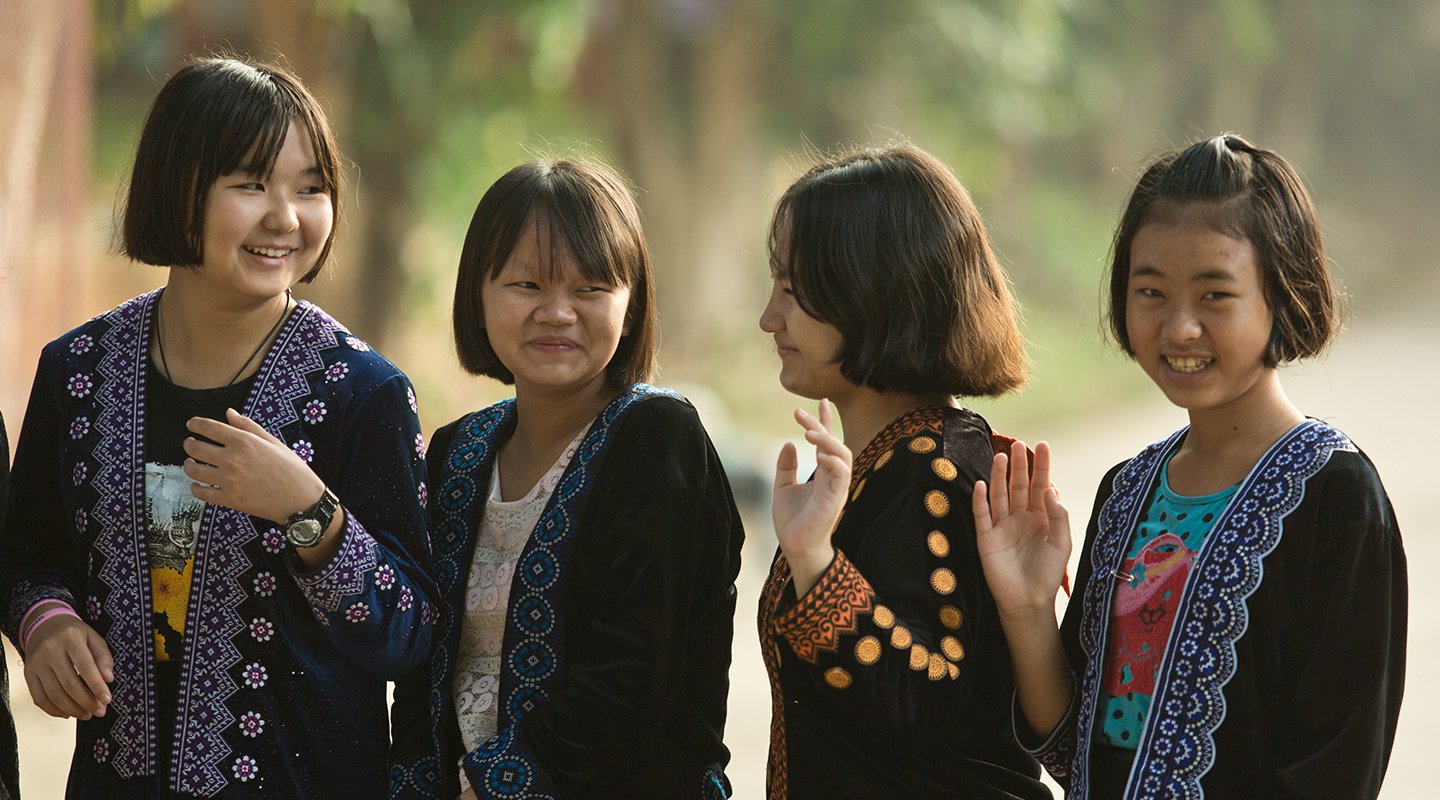 Jay, 18, stands in the center of a room, surrounded by his teammates. They carefully eye their opponents, evaluating how they will steal team members from the opposing team to win the game. Scuffles break out as they attempt to pull members of the other team over to their side of the playing area by holding onto their arms and sliding them across the floor. But the strategy does not work because as soon as their opponent breaks free from their tug of war, they run back to their side of the playing area. Eventually, they realize that to win the game, they are going to have to convince members of the opposing team to join their city, something they can only do by listening, persuading, and compromising.

“The game made us think, ‘Why don’t we talk to each other instead of using force. Nobody has to get hurt',” says Jay, a Right To Play youth leader in the Juvenile Detention Centre for boys in Nakhon Pathom Province, in central Thailand.

For Jay and other youth in the Achieving Change Together (ACT) project, these games are an opportunity to develop non-violent coping strategies to deal with the challenges of feeling disconnected from their homes while they are in the Detention Centre and that will help them adapt to life outside when they are eventually released.

Jay and youth in the ACT program play games like City Capture to build harmony and learn the importance of communication and compromise.*
HELP CHILDREN IN THAILAND

From Acting Out to Acting Together

As a teenager, Jay didn’t see eye to eye with his parents. He felt unheard, unseen, and misunderstood. “My mom would always ask me, ‘Why can’t you get good grades like your older sister?’ And I thought, ‘Why do you have to compare me to her? I can’t be like her,’” he recalls.

Jay is among the 20% of the Thai population that is between the ages of 15 and 29. With youth literacy levels at an impressive 98%, there is great potential for Thai youth to contribute positively to Thai society. Yet young people in Thailand face many obstacles to success, including poverty, displacement, a lack of employment opportunities, and societal pressures. Struggles with mental health challenges, drug abuse, and violence put many youths at risk of dropping out of school – issues that were intensified when the COVID-19 pandemic hit in 2020.

“The game made us think, ‘Why don’t we talk to each other instead of using force. Nobody has to get hurt',” says Jay.

As Jay distanced from his family, he became bitter and angry. He frequently quarreled in the streets, and, at just 14, joined a street gang. At 18, he was sent to the Juvenile Detention Centre for boys.

“I got so uncontrollable until I reached a peak. I started fighting and getting into arguments. Eventually there was a case pending against me and I was sent here,” says Jay.

When Jay first entered the Juvenile Detention Centre, he felt alone and unwanted. Fights were frequent, which caused him further anxiety and stress. He lost much of his confidence and self-esteem.

He had been in the Detention Centre for over a year when he joined the ACT program, and his life started to change. He was invited to join a Junior Leaders program, where he made new friends, and was given a chance to lead activities. He started to trust himself again, and to communicate with his peers. 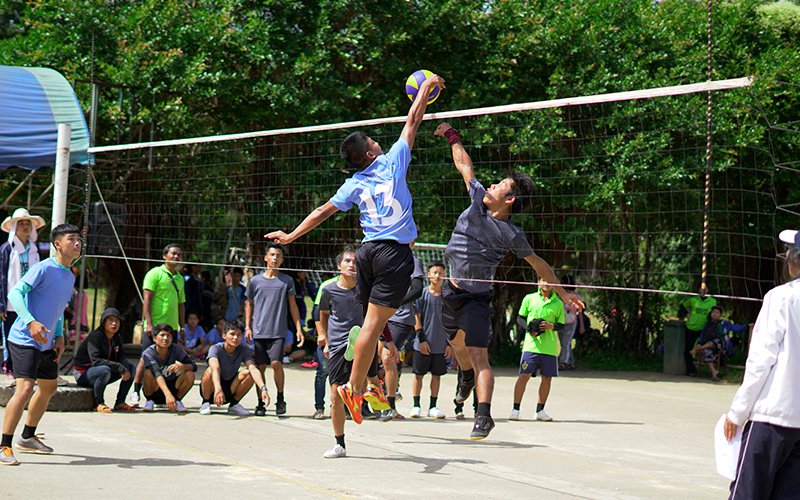 The ACT program gave youth in detention centres, refugee communities and migrant camps a chance to relieve their stress and increase their self-control.
DONATE TODAY

Between 2017 to 2020, the ACT program reached more than 166,000 children and 22,000 community members across 15 youth detention and rehabilitation centres, seven refugee camps along the Thai-Myanmar border, and migrant communities in Mae Sot and Phuket.

Children and youth like Jay participated in youth-driven and youth-led games and activities that strengthened their ability to manage emotions like anger, sadness and anxiety, helped them build confidence and set goals for themselves, and learned practical skills like time management, teamwork, and budgeting. 81% of youth surveyed said the program had helped them form life goals. And 59% of youth surveyed said they experienced increased self-confidence and felt more confident as a result of the program.

81% of youth surveyed said the program had helped them form life goals.

With more hope for the future and more skills to manage frustration and mitigate conflict, Junior Leaders like Jay also began supporting other young offenders to manage their feelings of anger, sadness, and anxiety, and coaching them to set personal goals for themselves. Many committed to completing their education. Some dreamed of achieving economic independence, becoming business owners, or joining family businesses. 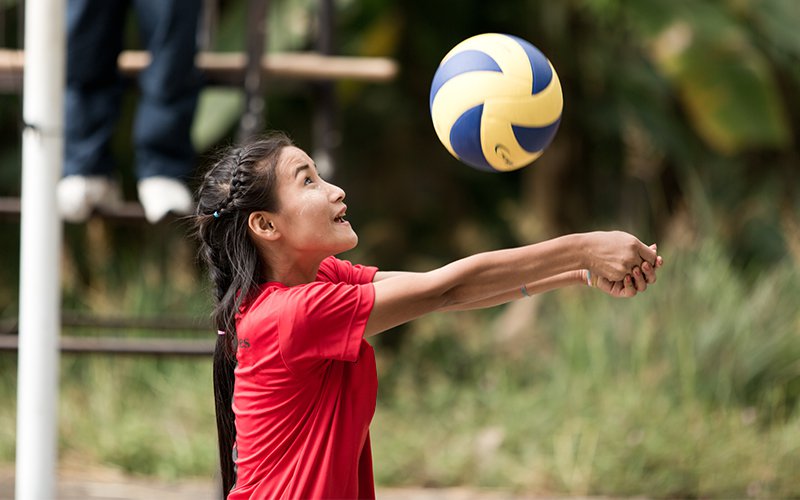 The positive effects of youth leadership extended further than the boundaries of rehabilitation and detention centres. In the refugee and migrant communities where ACT operated, many youths struggle with the same feelings of hopelessness and uncertainty about the future that afflict youth in detention.

Sensitization activities encouraged parents and other community members to value youth’s contributions and perspectives, and to empower young people to take on more decision-making roles within their communities. A committee of Right To Play-trained youth leaders in Mae La Oon, a refugee camp in northwestern Thailand, plays an active role in the camp, taking on tasks and responsibilities to care for the well-being of others.

“I’m able to express my opinion in meetings with leaders. The training we received help me to collaborate with school personnel, and work with community leaders,” says a Ploy, Junior Leader from Mae La Oon Camp.

Today, the Junior Leaders trained through ACT continue to lead and support their peers. In time, they’ll train others to take on leadership roles and continue a new cycle of empowerment in their communities.

*Faces blurred to protect the identities of youth in Detention Centres.

STAY CONNECTED TO YOUTH IN THAILAND

The ACT Project was made possible thanks to the support from the IKEA Foundation, DKSH Holding AG and Jebsen KG Foundation.