Never Give Up: Chala’s Story 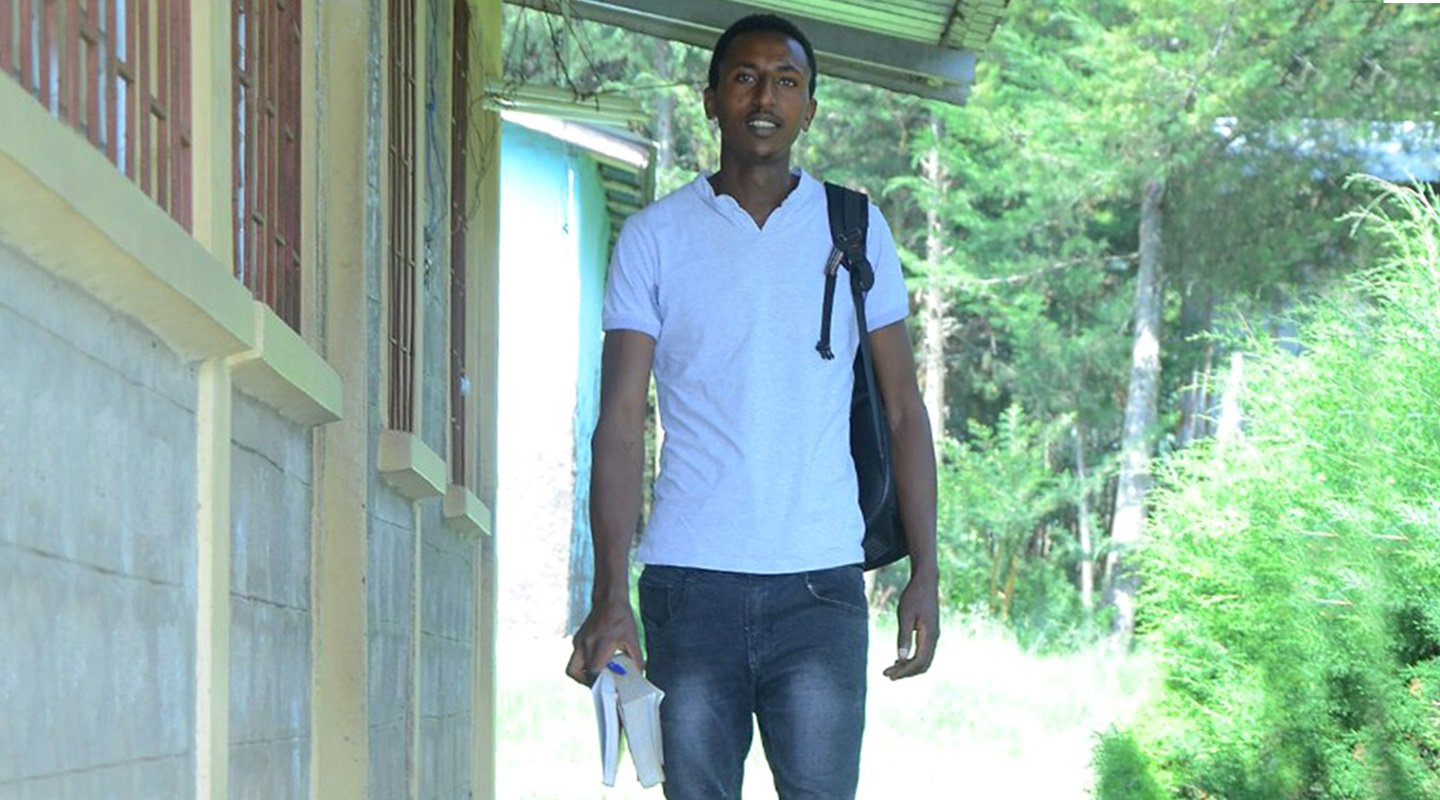 Chala is a star student, one of the top in his region, but he’s had to struggle for years to even get to go to school. Countless barriers stood in the way of this son of poor farmers as he tried to pursue his education, but he has risen above all of them to succeed academically and seize a brighter future.

Chala was born in the Wuchale district in rural Ethiopia, the fifth of eight children. His parents were poor farmers and could only afford to send their first two children to school. The rest of the children helped out around the farm, did chores, and were expected to take over as their parents aged. Though Ethiopia is trying to expand school coverage throughout the country, millions of children, especially rural children like Chala, are unable to attend school because it is too expensive, or the nearest school is too far away.

A bright boy, Chala refused to believe that subsistence farming was his fate. When he was nine years old, a family neighbour helped him with an excuse – the neighbour had a daughter and they asked if Chala could escort her to and from school. His parents agreed, and so Chala and the neighbour’s daughter walked four kilometres every day to school. Though he wasn’t technically enrolled, the teachers allowed Chala to come into the class and listen alongside the other students. In this informal way, Chala became the third child in his family who could read. 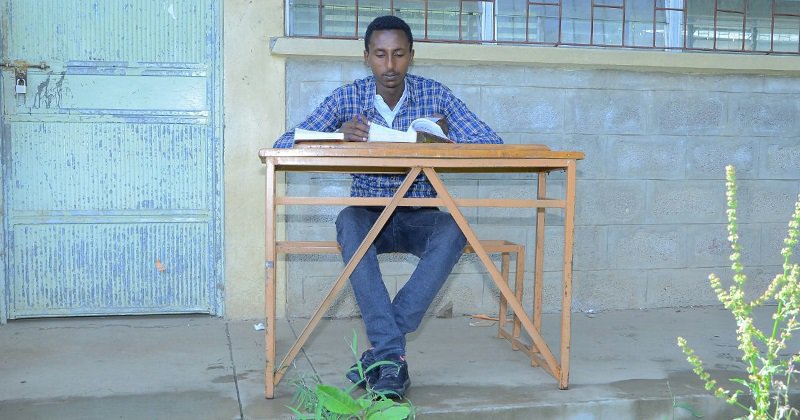 Slowly, Chala’s parents became used to him going to school. But they still couldn’t afford the costs of him attending. Chala’s family didn’t have enough money for a pen, let alone a backpack, stationery, school uniform, textbooks, and the other things he would need. Chala decided he would find the money for school himself.

Chala started waking up before dawn every day. He did all his farm chores, and then he started work. He made small knick-knacks to sell at the local market, he bought his own sheep to rear for wool, and he even planted eucalyptus trees to harvest. Each day after school he would escort the neighbour’s daughter home, and then go to work again. Every cent he saved went to his school fund. After a year of hard work, he had saved up enough money to go to school.

At first, Chala was nervous about going to school. Though he had covered most of the costs, he didn’t have enough for a uniform, and had to wear his old clothes. He was also four years older than many of his fellow students, and this made him shy and nervous. He was a good student, but he was isolated. His parents thought he was wasting his time going to school, and he had few friends at school to support him.

Luckily, since 2013, teachers at the school in Wuchale had been trained by Right To Play. They used special games and activities to encourage Chala and the other students to interact with one another as part of their learning. Working in small groups on shared activities helps children learn concepts more quickly, remember them better, and builds their ability to collaborate at the same time. 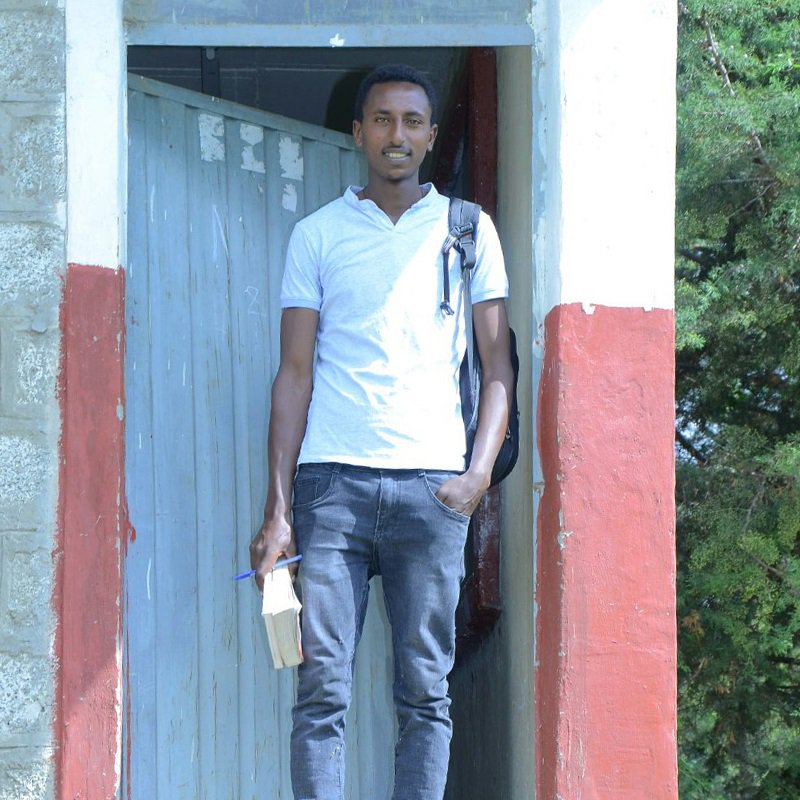 Chala quickly became an academic star. He won academic awards each year for high scores in the national examinations, and in grade 8, he was the highest ranked student in the entire district.

Chala also benefited from a new initiative that Right To Play launched in 2015 with the help of local teachers: community reading centres. The centres help Ethiopian students by organizing reading groups and literacy instruction that reach children before they enter school (children begin the first grade at age eight in Ethiopia). The reading groups are peer-led, with children like Chala leading groups, practicing their own reading at the same time as they help their peers. The centres are based outside of schools, and are especially valuable to villages like the one Chala grew up in that do not have their own schools.

“After Right To Play came to our school, my association with school improved. I began getting different services than before such as a library with reference books from the school."

“When I was selected as a reading center facilitator, I gained a lot. The trainings and support I got were life-changing and inspiring for me. I remember a trainer from Right To Play said, ‘Challenge is always there; what matters is not the challenge you face, rather the way you handle the challenge’. This sentence always clicks in my mind when I face a challenge. I focus on how to handle it and change it into an opportunity.”

The reading centres also help sensitize parents to the value of school. Chala’s parents could see him taking on a leadership role and helping other children. They still couldn’t afford school supplies, but they lightened his chores. He no longer had to wake up before dawn to milk the cows before walking to school. Most importantly, whereas they had previously not seen much value in him going to school, now they were proud of him. “He’s our pride and our future,” says his sister Avelech, and his mother Alemitu agrees: “Chala is our gift and the community’s.” 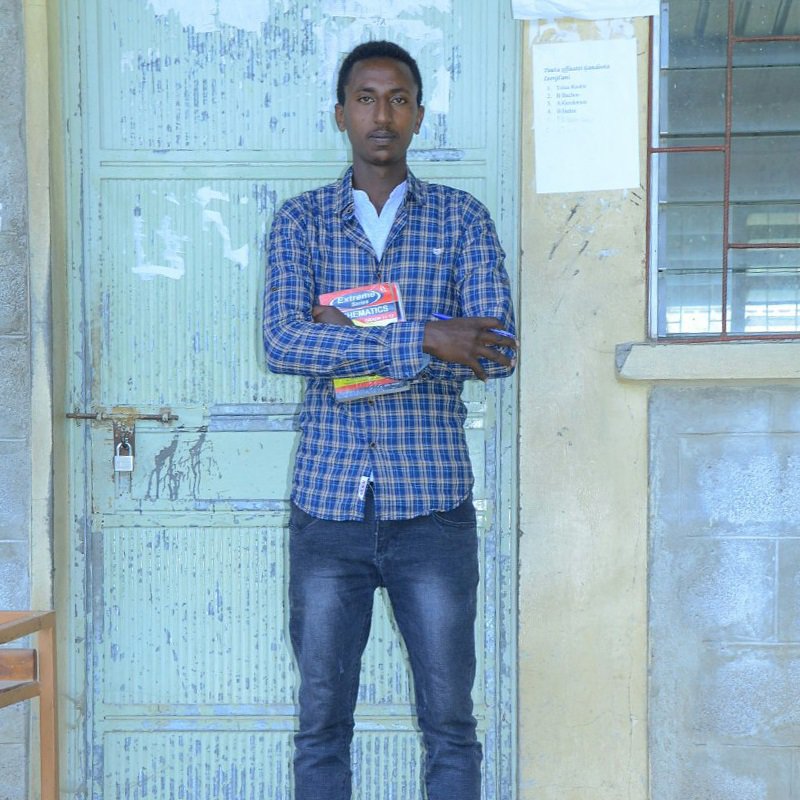 Chala split his newly free time between studying more and volunteering in the village and at school. He got involved in youth-led projects that dealt with sanitation, environmental protection, Oromo culture and literature. He also joined a children’s parliament organized by Right To Play that helps children advocate for their rights.

Chala’s love of reading paid off when he entered grade ten. Only about 30% of students in Ethiopia make it to secondary school, but Chala was one of the few. Even better, he scored straight As in every subject that year in the national examination. He won a scholarship for 3,000 ETB ($86.15 US) for academic excellence from the local school district, covering his costs to continue in school. He wouldn’t have to work anymore!

“Above all, thanks to Right To Play. If I hadn’t got this opportunity, my fate would have been different. I wish my other siblings had the opportunity to play and socialize with others like I did.”

Chala finished 11th grade in the 2019-20 school year, when he was 21. The national examinations for 11th grade have been delayed because of COVID-19, but Chala is eager to write them, confident that excelling once more will open up the opportunity to go on to university. He will be the first member of his family to go if he does, and he’s excited by the possibility of becoming a doctor. Just as exciting, he’s begun applying for scholarships to travel overseas, and be the first member of his family to leave the country and see the world.